Blow writes frequently about politics, public opinion and social justice in his op-ed column. He joined the Times as a graphic editor in 1994 and became the paper’s design director for news before leaving in 2006 to become the art director of National Geographic magazine before moving over to write opinion columns in 2008.

In his 2014 memoir entitled “Fire Shut Up In My Bones,” Blow recounts his path from poverty in Gibsland, La., to the country’s most esteemed newspaper. The book was chosen last year as summer reading for Eckerd College’s first-year students.

By way of introduction, the event’s moderator Pastor Kenneth Irby, who has known Blow for 25 years, told the room: “People are mesmerized by the inspiration and insight that he brings.” 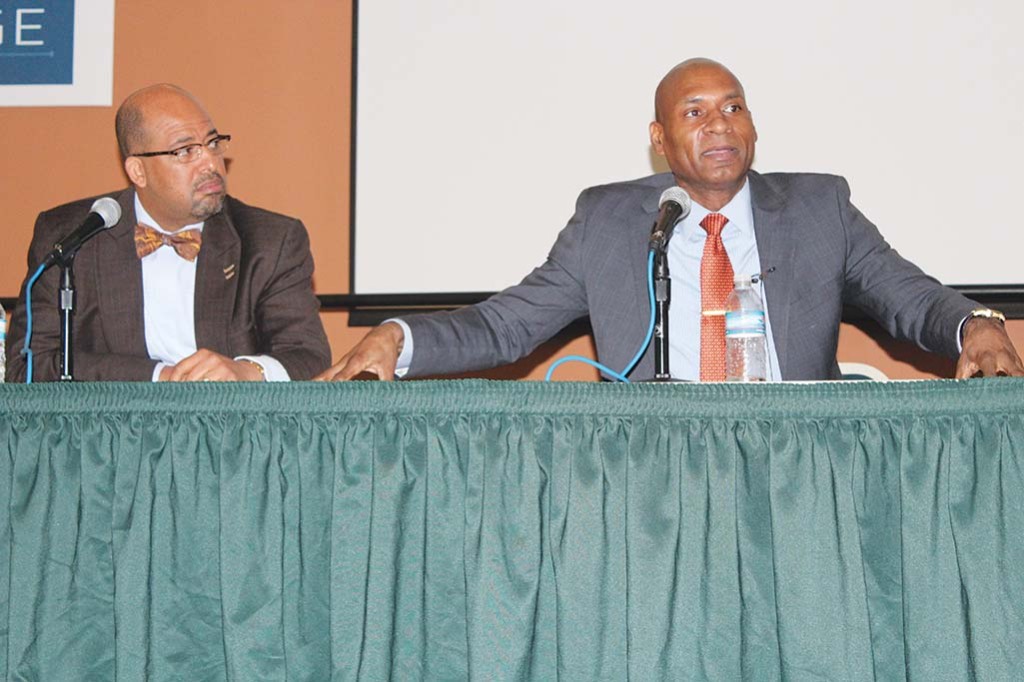 Blow has helped to chronicle the “Black Lives Matter” movement, which focuses on the deaths of African Americans by law enforcement officers, and opened with his take on the meaning of the phrase. When people respond to “black lives matter” with the phrase “all lives matter,” he said they are not doing so as a statement of fact, because that fact is easily and obviously disproved as a matter of evidence.

“One can’t simply say, ‘all lives matter,’ he explained. “One has to demonstrate to make it so. And that means that people whose lives America seems to value more must demand that that statement be proved true.”

He mentioned a recent lecture on racial issues in which a woman, who herself was white, conducted an experiment with the audience and asked all the white people who would trade places with the way black people are treated in this country to stand up.

“No one stood,” he said. “She asked them again. Again, no one stood. And then she says this: ‘This shows me that you recognize that there is a problem, and you don’t want that problem for yourselves.’”

“If all lives matter, why did no one stand up,” Blow asked rhetorically.

Blow noted that since the deaths of Trayvon Martin, Jordan Davis, Michael Brown and many others, the nation has been engaged in a new discussion of race, justice and civil rights. The only reason that these killings keep happening, he stated, is because most of America tacitly approves.

One result is that African Americans ask themselves, “How can I be safe in America if I cannot be safe in my own body?” It produces a feeling of “nakedness and vulnerability,” and a fear that makes people furious at the very idea of having to be afraid, he said. The likened the black community’s reactions to questionable killings by police—”domestic terrorism”—as being similar to America’s reaction to other forms of terrorism.

“How is it that we can understand the extreme reaction by America as a whole to the relatively exotic threat of terror,” he said, “but demonstrate a staggering lack of that understanding with black people in America [in the same situation].”

Concerning the problem of drug usage, Blow noted that the New York Times reported recently that though heroin abuse has gone up in all demographics it has skyrocketed among whites. “Nearly 90 percent of those who tried heroin for the first time in the last decade were white,” he said.

As for the concern shown now by officials and politicians on the growing problem, Blow wondered where all the concern was when young black lives were falling victim to this same drug abuse years ago.

Concentrated poverty is a direct result of structural inequity, he said, and that concentrated poverty is marked by hopelessness, desperation and crime. People didn’t simply wake up one day with a burning desire to live in the poorest and most violent parts of our cities, but factors such as generations of discriminatory employment practices created those powder kegs.

The increase in sheer numbers of interactions between the poor people and the police creates friction and “without fail, something eventually goes tragically wrong.”

‘All lives matter’ may be one’s personal position, Blow said, but until this country values all lives equally, it is reasonable and necessary to specify the lives it deems to value less.

Valerie Brimm, director of Strategic Partnerships with Pinellas County Schools, arranged for students from Lakewood, Gibbs, Northeast and Clearwater High Schools along with Bay Point Middle to attend the event. She requested that one of the sessions of the Heritage Lecture Series be devoted to young people. 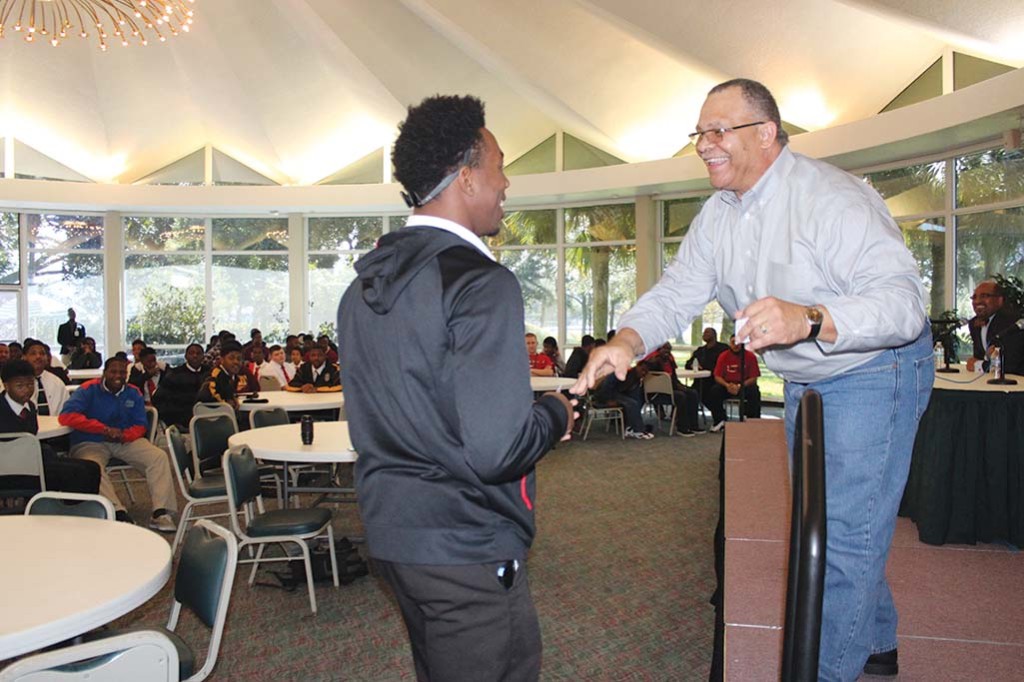 The youth were part of the Five Thousand Role Models of Excellence mentoring program for males, which was created to boost the self-image, social skills and academic performance of selected young men, and gives them the opportunity to interact with successful men from the community.

Brimm said it was important that the young men had the chance to listen to the thought-provoking perspectives of an esteemed guest like Blow.

“They got to the opportunity to hear, ‘I’m not the problem,’” she stated, “and I just think that is key.”